Should You Buy American Made Over Imported Furniture?

Should You Buy American Made Over Imported Furniture?

For decades, American made furniture was the undisputed leader in quality.

The price reflected it.

Almost all of it came from workshops in North Carolina, built with wood from the Blue Ridge Mountains.  Today, that is no longer the case.

You can still find top notch, American-made furniture.  But now, some foreign furniture makers in countries such as Canada and Italy produce high end furniture as well.  Conversely, many cheap American brands have sprung up over the last decade or so.

With the power of the Internet to connect customers with manufacturers around the globe, the choices are more plentiful than ever.  But that doesn’t get you any closer to deciding between American made or imported furniture now does it?

Despite the great variance in what is available domestically and abroad, there are still important considerations to be made.  There are in fact, issues outside of quality.

For now, though let’s answer: 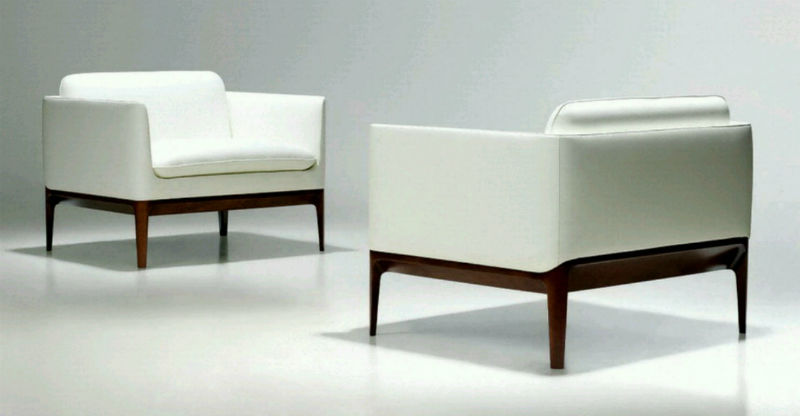 Is there any way imported furniture can stack up to American made?

In our opinion: The answer is no. 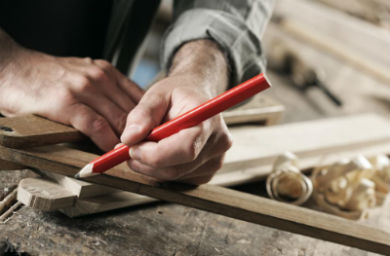 If you started a vineyard in your hometown, do you think you could compete with wines produced in Italy after only a few years in the industry?  Of course not!

And while the American furniture industry as we know it doesn’t go back as far as the roots of winemaking in Italy, the comparison is still an apt one.  There is always something to be said for the pioneers of any industry.

Without a doubt, the great American furniture manufacturers still hold the very top spots in terms of quality and pedigree.

However, you get what you pay for when it comes to furniture—leather or fabric.  That’s why it's best to find and choose from the most trusted brands.  It’s no coincidence that many of these brands are American.

As it pertains to leather furniture specifically, you can expect the best value from American made companies.  That’s why Wellington’s carries American brands almost exclusively.  However, some of these brands import portions of their furniture as well.

In fact, almost any piece of high quality leather furniture you buy is going to include elements from around the world.  Take a look at The Definitive Guide to Buying Leather Furniture to learn more about how leather furniture is manufactured and how that should affect your decision.

We admit, there might be a few leather furniture manufacturers outside this country that do great work.

But for Americans, there is more to consider than just the quality question.

Over the last two decades, American furniture manufacturing has seen a steady decline.

Inexpensive competition from China and Thailand.

On the consumer side, Americans feel like they are winning.  Why wouldn’t they?  Furniture—especially leather furniture—is one of the few products that you can actually find cheaper than you could 40 years ago.

In effect, the price tag has caused us to throw our expectations out the window.However, these products are usually made using low (or no) standards of quality.  Which leads to more repairs and replacements.

But that’s not the real problem.

The real issue is that Americans lose jobs.  And now our money is leaving the country instead of staying in our own and building it up.

Countries such as Vietnam, Indonesia, and Mexico ship billions of dollars worth of furniture to the United States.  And those numbers are increasing year after year.

This is important.  We used to buy our furniture at home and ship it abroad, bringing us more wealth as a whole.  Now, it is exactly the opposite.

Meanwhile, the best furniture on the planet is made in America!

Like in other vital manufacturing industries, buying high quality, American-made furniture helps fund schools, roads, and public services.  By choosing furniture manufactured in the United States, you help to increase the standard of living for your family, friends, and neighbors.

On the other side of the equation, many poor, indigenous communities depend on these forests for their livelihoods.  Vast forests are clear cut and virtually none of the wealth is shared with those local peoples.

Without wealth, these peoples aren’t able to stand up for their rights and the cycle continues on.  This only widens the gap between developed nations and everyone else.

As if that weren’t enough, the disastrous consequences of choosing cheaply-made foreign furniture aren’t limited to the economy.

The furniture manufacturers in these countries support an illegal logging trade that is devastating many of the world’s last remaining patches of rainforest. 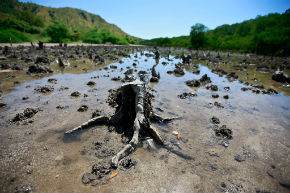 In October 2015, a report leaked from the WWF (World Wildlife Fund) that referred to illegal logging in Laos—a small, mountainous country sandwiched between Vietnam and Thailand—as a “worst case scenario”.

The problem is far-reaching.  It is having negative impacts in nations such as Russia, Indonesia, and Guinea-Bissau.  All the while, consumers across countries like the United States, the United Kingdom, and China are largely unaware of the effects their purchases are having.

It’s likely you’ve thought of the various endangered species that call the rainforests home.  If you haven’t, you should know that buying cheaply made foreign furniture contributes to the destruction of the habitats of such iconic animals as the tiger, asian elephant, and sun bear.

It’s to the point that National Geographic created a spotlight on some of Thailand’s park rangers who are fighting to protect Thailand’s last stands of Siamese rosewood.

However, the ecological impacts aren’t limited to the animal kingdom.

Many of the aforementioned indigenous cultures often bear the brunt of the shortsighted policies of wealthier nations.  But without trees, they are the very first to suffer from the negative effects of deforestation.

Tucked cozily in our homes made of timber, we don’t have need to fear the weather in the same way that many of these more natural peoples do.

Trees serve as the foundation for ecological systems.  Without them, these systems crumble.  And the humans that depend on them suffer.

Why American-Made Doesn’t Have to Mean Expensive

At Wellington’s, we always advocate choosing the highest quality furniture you can afford.

That’s because we know that it is just a better investment.  However, if your circumstances dictate that you need to opt for something more affordable, you can still go with domestic brands.

American ingenuity has a tendency to overcome.  That is, as long as American laziness doesn’t take over first.  Seriously, you can shop domestic and save money on almost all of your household furniture.

It might be a little trickier than you may think.  But like most else, a little research can go a long way.  ABC World News proved that with this segment.

So even if your budget requires you to shop for furniture in the $100s instead of the $1000s, you should still be able to find American goods with competitive pricing.  And you won’t have to worry quite so much about the quality question, the economic effect, or the ecological impact.

If you ask us, there is really no excuse not to buy American made furniture.  And now that the cost myth has been debunked, there really isn’t any reason to buy furniture that comes from outside the US. 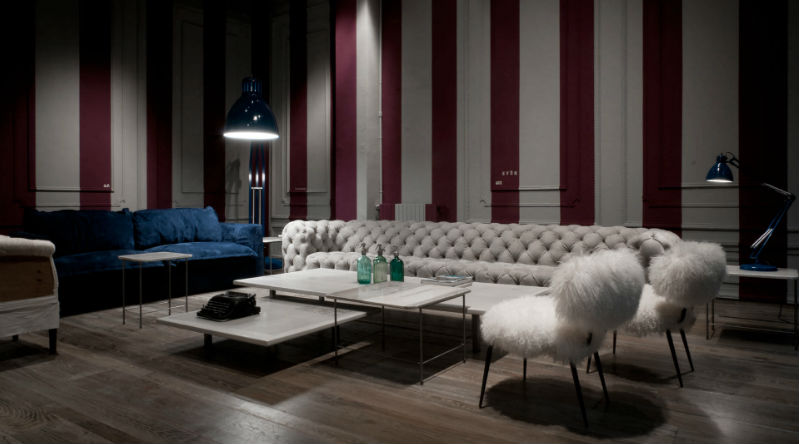 One thing that people fail to realize about capitalism is that it is a democratic economic model.

Every dollar is a vote.

Instead, invest in furniture that will last longer and build our country up.

The highest quality, doing what’s right, and helping out of neighbors:

We accept checks and all major cards.